By Sarah Dorgan | Uncategorized
How do you successfully get through to your target audience? You put them in the picture. That’s exactly what Bluebeam did with ‘Meet the Smartcutters’, an animated social campaign created with UK creative partners Reed Words and SomeOne that showcased Bluebeam users from around the world. The campaign celebrated the diversity of the Bluebeam community and put the “fun” in functional.

First, they wanted to build awareness of their flagship software product, Revu®, with new AEC and SMB users who hadn’t yet switched to digital. They’d found the latter particularly hard to convince, as they tend to have set ways of working. Bluebeam measured brand awareness in terms of followers gained and increased engagement across Bluebeam social media channels, increased sign-ups for events, and free trial downloads. END_OF_DOCUMENT_TOKEN_TO_BE_REPLACED

Preparing for the Code for Construction Product Information

By Sarah Dorgan | Uncategorized
The Code for Construction Product Information (CCPI) has been established as a voluntary code of practice in response to the to the recommendations in Dame Judith Hackitt’s reports after the Grenfell fire. In the latest report from the Industry Safety Steering Group, chaired by Dame Hackitt, CCPI is recognised as an example of ‘just how much has been done to provide industry with the tools and frameworks it needs to accelerate the pace of change and to rebuild trust and confidence in and across the sector’. CCPI provides validation for manufacturers to show and ensure the product information they provide is clear, accurate and unambiguous. This webinar gives a summary of:

END_OF_DOCUMENT_TOKEN_TO_BE_REPLACED

By Sarah Dorgan | Uncategorized
MRA Marketing was presented with the Best Built Environment Member Organisation Marketing Campaign at this year’s Construction Marketing Awards (CMA) for the agency’s work on a far-reaching awareness and consultation programme to engage the construction industry in an important initiative to improve building safety in the wake of the Grenfell tragedy. 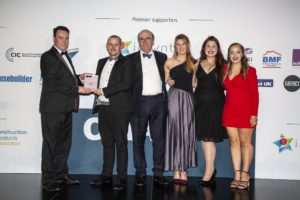 The Construction Products Association (CPA) tasked MRA Marketing with delivering a fully integrated marketing campaign to encourage the industry to participate in a consultation on the new Code for Construction Product Information (CCPI). END_OF_DOCUMENT_TOKEN_TO_BE_REPLACED

As I type this, I’m in the middle of 7 drafted emails, viewing two screens with various pr spreadsheets, eking out half a cup of tea (and a biscuit!) staring at a very plank word document. It is at this moment I realise why I am a Senior Account Manager and not a copywriter, what would I do without the team behind me! Anyway, let me know what you think ….

December 2017, I arrived for my first interview at Fabrick Marketing Agency, four months post-graduation for an Account Executive role. Excited with nerves but very green to the working world, all I could do was be myself and hope that my preparation was enough to be offered the job. END_OF_DOCUMENT_TOKEN_TO_BE_REPLACED

By Sarah Dorgan | Uncategorized
The prestigious awards are renowned as a showcase of excellence in creative, innovative and effective construction marketing. Despite tough market conditions, the awards attracted a large number of entries from across the industry.  Now in their 20th year, the CMA Awards took on a different format with the winners announced via a virtual ceremony.

Following extensive market research, Tobermore positioned themselves to take advantage of market trends by developing ‘Artro’ – a linear paving product which is a concrete alternative to clay.

END_OF_DOCUMENT_TOKEN_TO_BE_REPLACED

Does your CMA entry include everything the judges are looking for?

Now is the time to ensure you have included everything in your entry that the judges are looking for!! 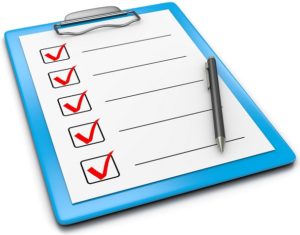 Remember to be efficient in your use of words and space, communicate your information quickly and efficiently. Take the time to point out the innovation in your work, show how the design has been tailored to the audience. Include supporting material that illustrate your entry. And most importantly demonstrate that the objectives were measurably achieved (or exceeded) and that the campaign tangibly succeeded.

END_OF_DOCUMENT_TOKEN_TO_BE_REPLACED

A risky move? More like confidence, belief and genuine passion

By Sarah Dorgan | Uncategorized
At Refresh PR, we like to think we have the courage to be different and put our reputation on the line when others perhaps wouldn’t, in order to achieve great things. There couldn’t be a better example of this than when in 2016, we decided to take the plunge to own and run the Heating Installer Awards.

Running the awards was an unknown but exciting move into awards management from a team previously focused solely on PR. Fast forward four years and the Heating Installers Awards has established itself as the award for installers across the UK to win, with a number of high profile organisations from across the industry signing up as sponsors year-on-year.

END_OF_DOCUMENT_TOKEN_TO_BE_REPLACED

By Sarah Dorgan | Uncategorized
PR BY THE NUMBERS 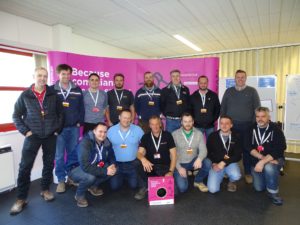 When faced with two branded products, why would you buy the more expensive one?  At Ridgemount we’re big believers in the value of brands, so we would answer: “because you believe in the brand”.

If that’s your starting point, then creating sales for a premium product is about understanding what your customers are looking for and telling them (repeatedly) how your brand meets those needs.

END_OF_DOCUMENT_TOKEN_TO_BE_REPLACED

By Sarah Dorgan | Uncategorized
Back in 2016 The Marketing Society reported that the average tenure of a CMO in the UK to be just 18 months.

With such short tenures l suppose there should be no surprise that there is an increasing prevalence for short-termism in marketing.  If I’m honest, one of the reasons I had always steered clear of marketing awards was because I felt they reflected this trend with their apparent emphasis on short- term performance marketing.

END_OF_DOCUMENT_TOKEN_TO_BE_REPLACED

With the 2019 awards shortly to open, we asked last years trophy holders from the agency categories to write about their winning entry. We hope this serves as inspiration for your 2019 Construction Marketing Awards entries.